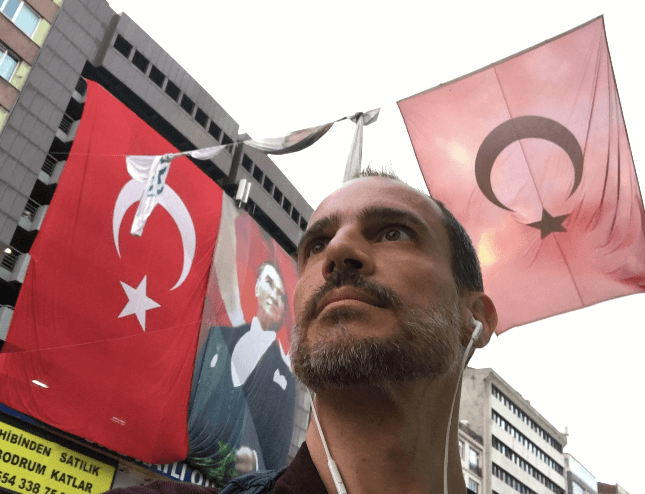 Walking the streets of Sisli in Istanbul where I spent a little over a month this year.

Instead of going back to social media or keeping conversations on WhatsApp or FB Messenger I thought it would be a better idea to sit down with a cup of tea and write a real letter to give you an update on my comings and goings. Ideally, this would be a handwritten missive, mailed on a colorful envelope with a beautiful stamp. Let’s imagine it is so, ok? So sit down in a comfy couch, brew some tea or pour some wine and let me tell you briefly all that has happened to me since I disappeared from Instagram and Facebook.

I spent the second half of 2017 and the first half of 2018 dedicated to my farming project. I would drive to the farm (a 3-hour drive) on Thursdays and return to Curitiba on Tuesdays. During those days in the countryside, I planted trees, tried to grow a vegetable garden, read about Permaculture and Nature, walked in the woods and tried to live as sustainably as I possibly could. I wrote a post on TravelVince about it with pictures and all. In a thirst for knowledge, I also enrolled in different courses, both in Brazil and abroad to help me with the project. I have written about these experiences, most notably at Sítio Semente in Brasilia, Schumacher College in the UK and the Ferme du Bec Hellouin in France. It was amazing to meet like-minded people and see that when you give love, Nature returns with bounty.

All of a sudden, things took a weird turn. Last July, my mom and I were alone at the farm on a Thursday evening when, while having dinner, she had a small stroke. It took me over two hours to drive her to the closest hospital and I felt drained of all energy for a while thereafter. She was ok shortly after and she even traveled with my brother and his family to Italy a few days later (against her doctor’s advice but with our full support), where she had a second stroke before boarding her flight back to Brazil (my dad managed to bring her home safely). It is worth mentioning here that in October 2017, my brother had to fly to the US for an aneurysm operation, so I was already a bit traumatized with hospitals and seeing family members in such a fragile position. Once back from Europe she started getting check-ups to schedule a heart surgery (it was her heart that, when she was tired, would mix “blue” blood with red blood and pump little clots to her brain, which, in turn, would cause the strokes).

Then came September. One early morning my phone rings at 6 am. You know when the phone rings at 6 am it can’t be good news. It was mom telling me that the police were raiding my parent’s home and they needed my dad’s computer’s password (I am the family tech guy). Try to imagine the scene, me on my PJs at the kitchen, holding my phone and trying to make sense of those words: police, raid, dad… Well, I got dressed and drove immediately to my parents only to find police cars and officers all over the place. That was chapter 1 of a very very very long story that is still unfolding but had its most dramatic moments from that day until last July. To cut a long story short, my dad spent a week in prison and was released by a Supreme Court injunction (his fellow mates were influential politicians who pulled their strings). We found out he had acted with other businessmen and politicians to win a public tender for his company and, in return, pay money for those politicians’ reelection campaign back in 2014. Well, what to do. It was a big mistake, thankfully committed only once. But the havoc it created in the family was and has been, immense. Imagine discovering your father’s dealings on the evening news!

The issue my brother and I had to face was not only having dad meddled in courts and corruption but having the sale of his company, which had happened just a week earlier, revoked (the selling process took over two years to accomplish). Not only that, all banks froze all lines of credit and life began to look and feel like a nightmare. Every week the company was edging closer to bankruptcy. There was a very bright and brave team in the helm of the company but of course a meltdown there would mean forsaking most of my parents’ stuff to service the huge debt. This “situation” took a very long 10 months to get sorted. But last month the company was finally taken over by an American/Canadian fund, my father signed a deal with the State Prosecutor’s Office pleading guilty and things are back to normal (albeit with an unsettling aftertaste and as normal as life can be after such an event).

However, not all was grim and gruesome during this time. Needing to be alone in November, I ventured to the Lake District in Patagonia and saw some of the most beautiful scenery in South America. I managed to spend a week at an Ashtanga yoga retreat in Goa, India, for my 44th birthday and during Carnival, I did a 10-day Vipassana silent retreat not far from São Paulo. I was trying hard to keep my inner balance. In April I visited Sudan, camping in the bush for a week (there is a post in Portuguese about the trip, with pictures) and In May I spent a month exploring every corner of Istanbul, a dream I had had for a very long time (I still have to write about it). During most of these experiences I kept my phone at bay and found that when I am disconnected, life is much better. This is why I am reluctant to go back to posting and keeping track of feed updates. 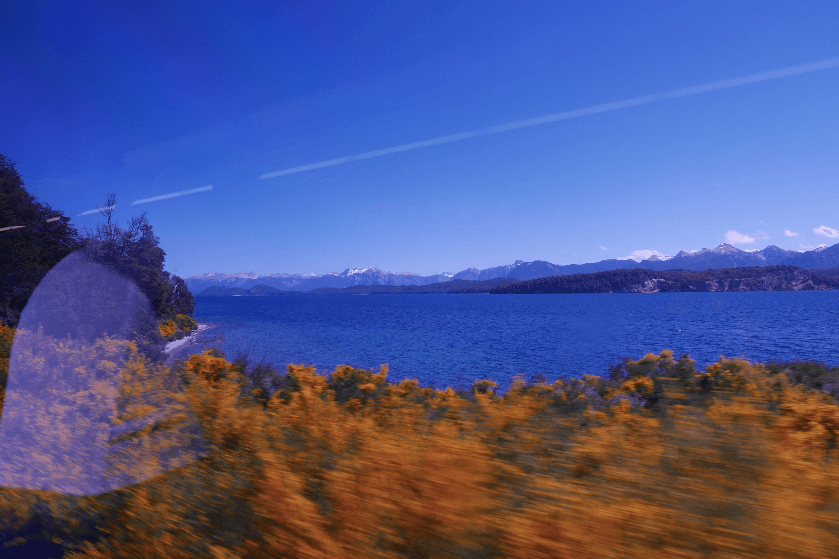 These yellow flowers were in full bloom when I reached the Argentinean side of Patagonia on the bus ride from Puerto Varas, Chile. 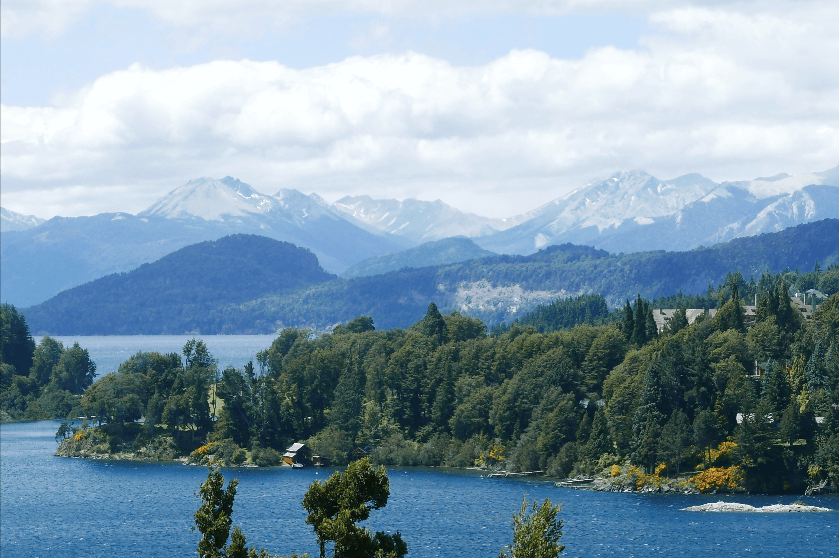 On the family side, after her operation, my mom recovered really well. My brother and I got really close. I managed to place myself in a much healthier relationship with my dad, after having said things that were kept inside for so long (and also hearing stuff that hurt). But it felt like a cleansing process, maybe part of this whole inner search I was craving for and working on. I put my whole life in perspective and took some life-lasting decisions and made new plans for the future. May sound dramatic, but it is true and I feel happier and stronger than ever.

Needless to tell you that on the background of all of these events there was a heated and disgusting Presidential election in Brazil. I tried not to cry and despair seeing what was unthinkable becoming reality. But that seems to be the new normal not only here but in most parts of the world. And at times like these friends are very important. Perhaps THE most important element of all. This is why I am planning on writing more often, at least twice a year, giving you an update but also checking on. And hopefully, we can meet in person so we can have a real conversation over coffee and cake (or wine with cheese). I much prefer this than posting and chatting online. 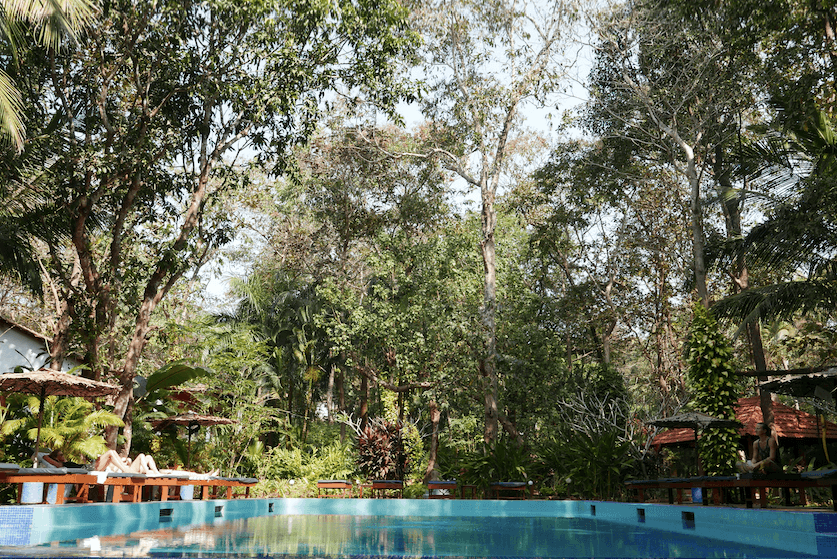 Purple Valley is the yoga retreat I visited in Goa, India. This is the wonderful swimming pool in the middle of their garden, where I spent most of the day meditating and napping. 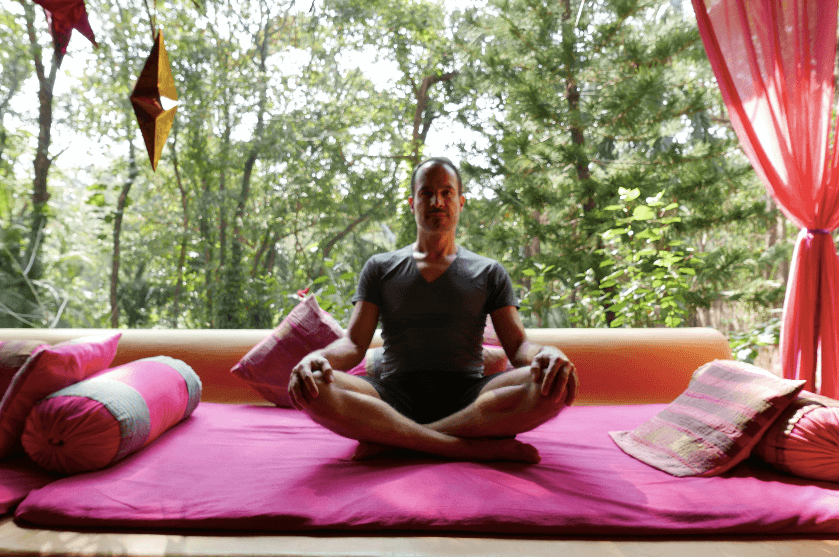 Trying to get on Padmasa but still need more flexibility… the journey is the destination.

For the time being, until early 2020 I will be in Curitiba. Both Patricia and Fernanda, my business partners at Pulp have moved abroad temporarily (Patricia to London, Fernanda to Lisbon) and I agreed to stay here looking after our dear business until they come back. I am back to studying German and started taking Mandarin (just to make some suspense on my future plans). I took a break from Crossfit and am now a yoga and running fan, with some light gym in between. I was not eating much meat in 2018 and became full vegetarian once 2019 arrived (though I still have eggs and dairy).

I have not been back at the farm for a while but the trees I planted are growing strong. The vegetable garden has turned into a wild mess (and I love it). And yes, I still have plans to live sustainably in the woods, albeit not too far from a city where I can meet friends. Solitude is nice when optional. The current mess we are all in of course takes its toll on my emotional state and I do feel discouraged and depressed sometimes. I try not to overreact (sometimes I do think we are heading to doomsday) and think positively. I still hope to have a place for all my friends under my fruit groves and in my eco-farm where we can drink to life and enjoy the company of people we really care about.

Thanks for reading and I promise to keep you updated.

If you got this letter it is because you mean a lot to me being close or far.

ps: I just came back from Northeastern Brazil where I visited the Lençóis Maranhenses National Park and I wrote a post in English about the trip. 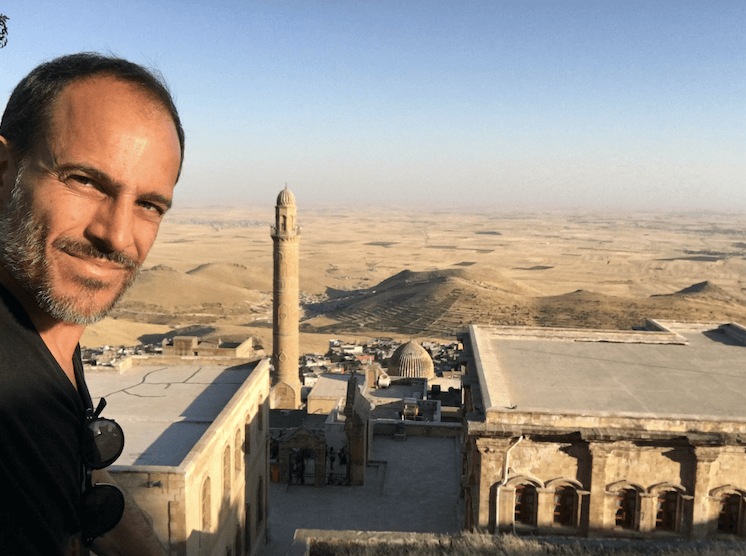 From Istanbul, I flew for a weekend in Mardin, Mesopotamia. In the past this was a lush area, with wild animals and many trees and rivers… look at what is left over ;-(