Getting Around São Paulo

São Paulo has two airports, the busy terminal in Guarulhos (GRU) with international and domestic flights and the exclusively domestic hub of Congonhas (CGH) in the middle of the city. To get into the the city from GRU you can use taxis (there are prepaid or metered options), Uber (there is still some uncertainty about Uber in SP but for now things seem to be working fine) or the Airport Bus Service (coaches going to major hotels, business areas, the Bus Station of Tietê and CGH). It can take from 45 minutes to 1h30 depending on traffic conditions. From CGH things are a lot easier as the airport is 20 minutes away from Jardins or Berrini. If you are in São Paulo and plan to travel to other Brazilian cities, opt for a flight from Congonhas as it will be much easier and quicker to get there. The shuttle to Rio’s domestic hub of Santos Dumont (SDU) leaves from Congonhas.

You can flag taxis or board at taxi stands. Make sure the meter is turned on. If you want to pay with credit card, ask the driver before you board if he accepts plastic (many carry those credit card machines on board). Uber is becoming popular but there are still contentious issues with the taxi drivers and, from time to time, things get complicated. But in a normal day you will be able to choose from UberX, UberPool, UberBike and even UberCopter.

The subway system, called Metrô, is clean and efficient. It has been expanding but does not cover the entire city. It is quite easy to travel off peak, specially from the Paulista Avenue area into the old downtown region. It can be a good idea to combine subway + taxi for longer trips across town. The same goes for buses, that are plentiful and frequent. You pay once you board or you can buy tickets at newsstands. The Google Maps app gives you all of the city’s bus itineraries but you can also check on SPTrans webpage, the company managing the network.

Cycling is popular on weekends. There has been a big effort to increase the amount of bike lanes but I would not recommend to move around by bike unless you live in the city and know how to behave in the oftentimes ruthless roads. Moreover, storing the bike can be an issue.

No matter where you go and by which means you travel, always leave plenty of time to get from A to B as you never know if it will take 10 minutes or 10 hours. When it rains or when there is an accident in any of the Marginais (the highways by the river Pinheiros) things get particularly out of hand. The impression I have of the city’s traffic is that it functions on capacity limit 24/7 so when something goes wrong, even the smallest of derailments on the system (rain, strike, demonstration, accident) things get out of hand.

You will probably hear about the dangers of walking around the city, the robbers, the gun point encounters, the kidnappings and so on. But don’t be too afraid. As long as you don’t show wealth and insecurity, you should be fine. Keep your valuables at the hotel safe. Swap that Rolex for a Swatch. Walk around with a photocopy of your passport, not the original thing. Take just the money you will need for the day, or even better, pay with plastic. Look assertive and in case you see suspicious looking people, just walk into a shop, a bakery or cross the street. 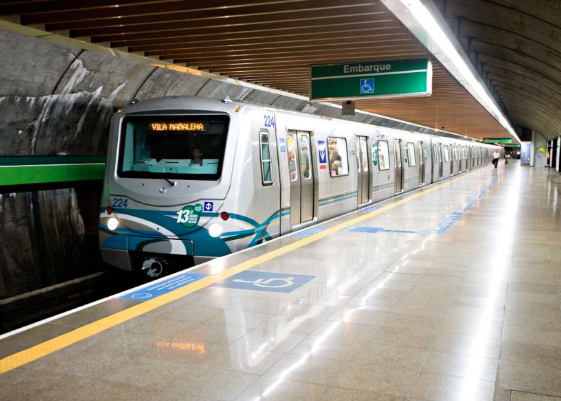 getting around • sao paulo • transportation 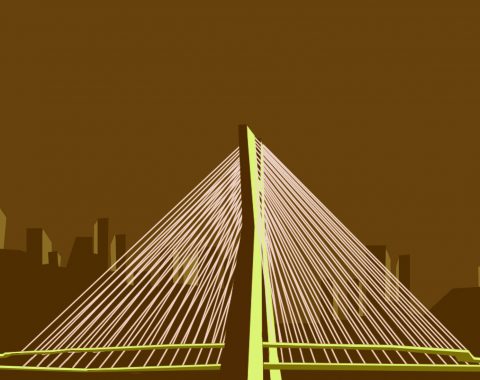 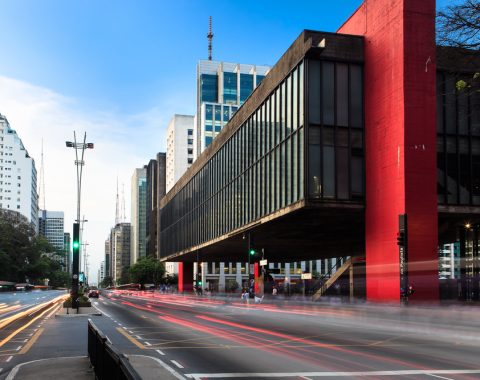 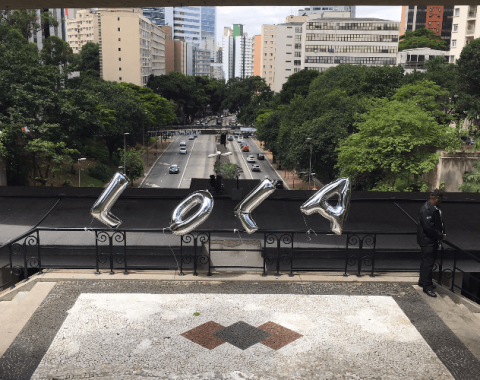