A night at the Ice Hotel in Sweden

?? I don’t like cold weather. I really don’t. Having to wear layers and layers of clothes to keep warm is a pain. Feeling the freezing tingling on your nose that suddenly starts leaking cold fluid. No, not for me. However, there was one experience I really felt it was worth all the suffering, a stay at the Ice Hotel in the north of Sweden. On the web the place looked amazing, being rebuilt year after year by artists who make sculptures out of ice blocks from the frozen lake nearby. Moreover, my Swedish friends always told me how cozy it is to be indoors during winter, that they dress down at home and because the weather is dry, you don’t feel that painful cold in your bones. Well, I believed.

There I was, in the middle of the Brazilian Carnival fever, where everybody is half naked in the streets of Rio, boarding the flight to the North Pole.

Alan, a friend of mine from Paris, joined me in Sweden. We spent a few days in wonderful Stockholm meeting friends, taking pictures and enjoying the dry sunny cold days. And it was true that indoors you felt warm. Even at the hotel, where there was a huge glass window from floor to ceiling, we would see the late sunrise over the rooftops of the old town of Gamla Stan wearing light pjs. Stockholm is an amazing city, incredibly beautiful and charming. But it was not the final destination, the flight to Kiruna, above the Polar Circle, was waiting for us.

Upon landing, the first five minutes in Kiruna were amazing. We were still on the tarmac, walking from the plane to the terminal taking selfies and laughing at the ridiculously cold day. Minus 20 degrees Celsius read the airport thermometer. Welcome to Winter Wonderland, read the plate just outside. I could not even see properly due to the dozens of scarves and hoodies and gloves and coats and sweaters and the hand luggage and the suitcase that suddenly felt so heavy to wheel over the frozen snow.

Be careful, try not to slip over the ice, someone said.

We took the Ice Hotel bus to Jukkasjärvi, a village by the lake with this funny name. According to the guide, they have kept the Sami names of the places. The Sami are the indigenous people of the Scandinavian Arctic or Lapland. They are responsible for the reindeer and for the local traditions. The guide told us that it was quite a nice day because the previous week it had been minus 30 and once we settled in the temperatures would have already reached zero, so it was almost Spring for them. Great. As long as I could see the Northern Lights. 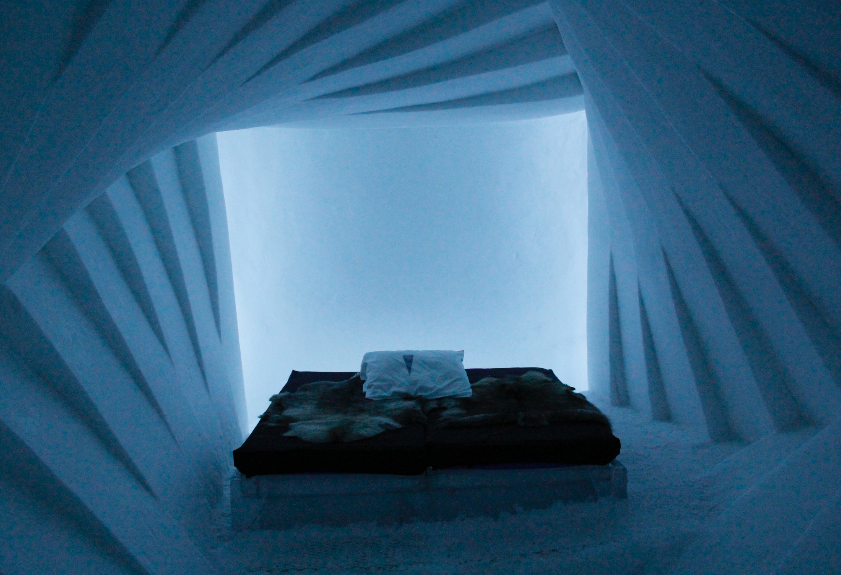 A room at the Ice Hotel in Kiruna, Sweden

The hotel is actually several hotels. There is a big reception area where everybody checks in. All at the same time. And you would think that people respect lines in sophisticated Sweden, well, not really. The mix of travelers from all over the world desperate to get to their warm overcoats and to get rid of luggage makes it just like anywhere else below the Equator, messy. There are warm rooms and cold rooms. The Ice Hotel itself is where all the cold rooms are. The hot rooms are normal rooms in normal cottages for normal people. Do you know those rooms with central heating, attached bathroom with hot water, fluffy duvets on the beds? They have all that whereas the cold rooms are huge walk-in fridges disguised as art. Apart from a few gimmicky blocks of ice in the shape of an elk, or stars, or the letters of the alphabet, there is a king-size block of ice with reindeer skin over them. It smells slightly odd.

Just a detail: one night in the cold room is way more expensive than one in the cozy, nice and warm room. FYI. 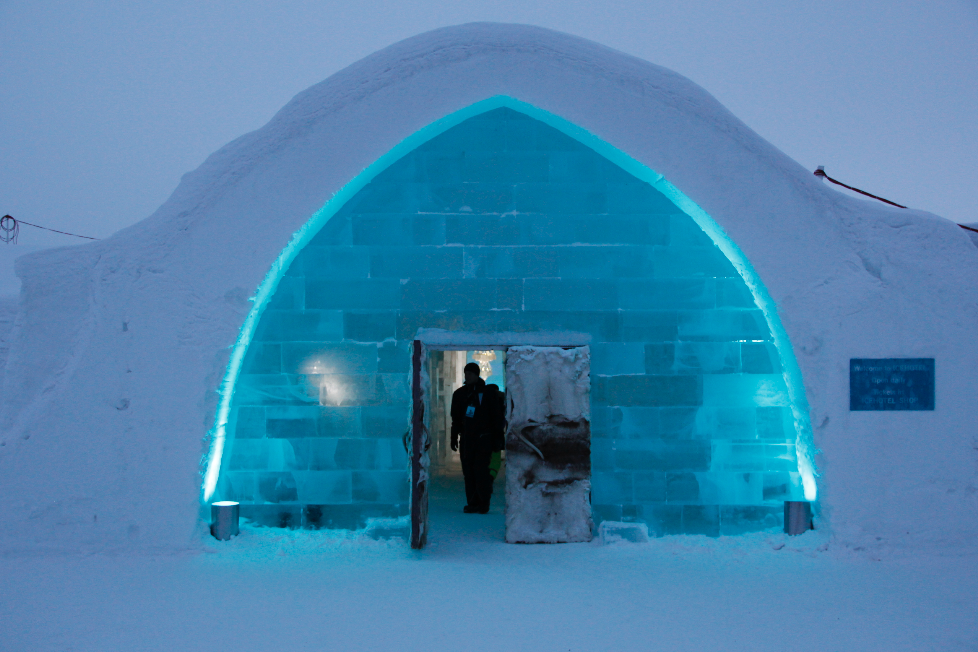 Before you can actually see your room, you are given a locker, a black Bibendum-looking outfit, gloves, and heavy boots. You are also given instructions on how to use the communal bathrooms and the sauna. There is an appointed time where you will also learn how to survive a night in the cold room and, and, and, you can’t just say thanks a walk away to rest in your ice bed. During the day, the Ice Hotel is open for visitors to walk around taking pictures of the artsy rooms, the white corridors, the church, the ice bar and so on. So until a certain time of the day, your room is not your room but an art gallery. So you have to either go on a tour or enjoy the communal areas, maybe soak in the sauna. 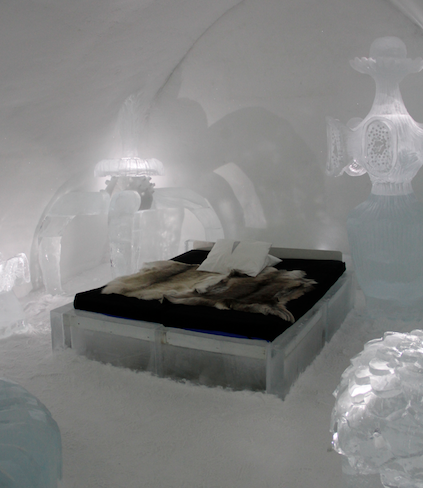 An artsy room at the Ice Hotel in Sweden

To go out it takes around 10 minutes to dress up for the cold. Putting on the boots is half that time. But once you are outside, it is quite fun. You can even slip over and fall that you will not feel a thing so over-cushioned is the clothing.

For me the strangest phenomenon observed outdoors is the sun’s trajectory in the sky. It does not go vertically from one side to the opposite but around, almost horizontally. That made me feel lost, almost in another planet. The whiteness of the landscape is also overwhelming.

When the time came we had the lecture on how to manage a night in your expensive cold room. First, you collect your sleeping bag and change into your pjs in the locker area. You roll the sleeping bag over you and run to your room. Once you get there, you place it over the ice block and the reindeer skin, jump inside and close the zipper, leaving your face outside so your mouth and nose are out in the open and you don’t feel the sleeping bag with moist that could eventually freeze and kill you (well, maybe not that much). We were told not to wear too much clothing, that the bags were warm enough retaining our body heat throughout the night. In case we had to run to the toilet (remember the cold rooms are art pieces and art pieces have no toilets), we needed to close the bags so they kept the heat or take them with us to keep us warm along the way. Of course, everybody was told to pee before going to sleep and half the people, including me, were woken up in the middle of the night drenched in sweat and desperate for a wee. 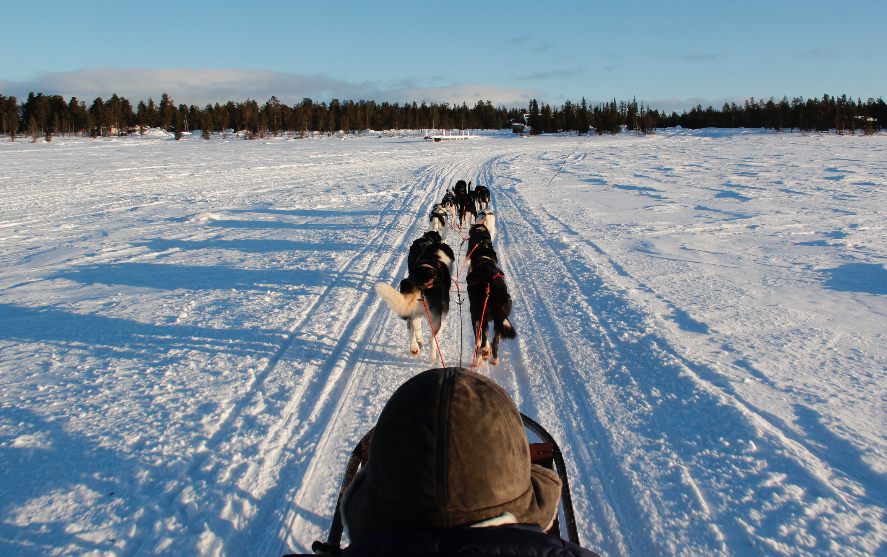 Ridding with the Huskies in Winter Wonderland

Let me be frank with you. It is quite uncomfortable and you don’t sleep that well. There are moments during the night when you just want to cry and go home. You wait forever for that moment of joy when the hotel people come to wake you up with cranberry tea and you are free to go. My dad had stayed there before and told me two million times that it was not easy, that I should just visit the hotel during the day and choose a warm room for the night, not only cheaper but way more human and civilized. But who listens to parents? Who follows wise advice? Maybe I am just being dramatic. In truth, it was a great experience that I would recommend you have once in a lifetime. Seeing the Northern Lights is well worth it and you don’t have to sleep in the cold room if you don’t want to.

Moreover, the hardships of travels turn into the best memories. 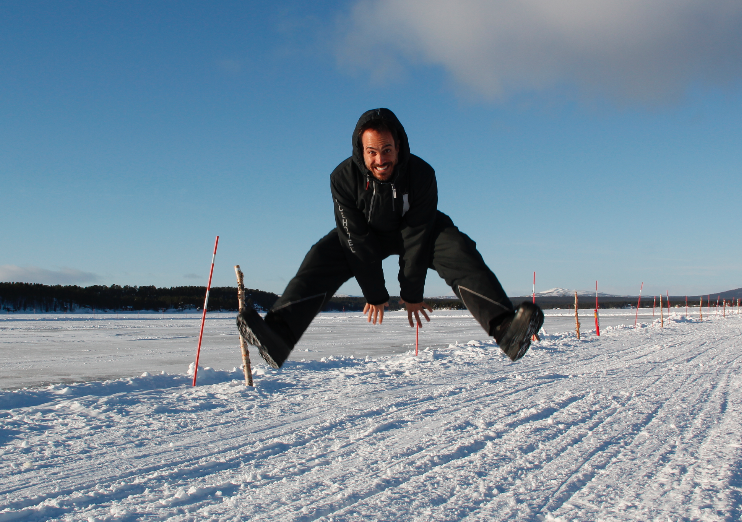 An overweight jump on top of a frozen lake in Kiruna, Sweden 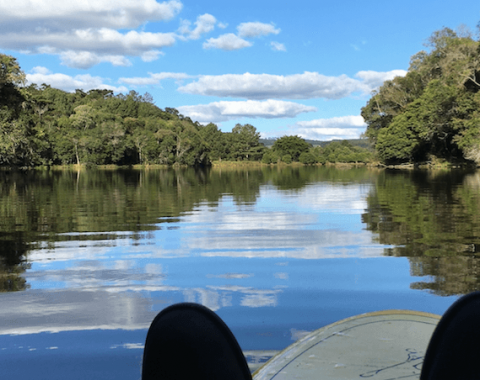 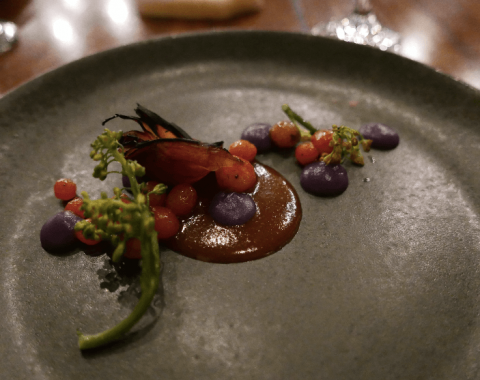