The Naderi Café is part of Tehran’s heritage. It was the Armenians who brought pastry making and baking to Iran. In the 1940’s and 1950’s, this specific café, in the center of the city, attracted the local intelligentsia such as poets and writers, much like the Parisian cafés at the Boulevard Saint-Germain.

Nowadays the area is not what it once was and the café looks old. But I guess this is what attracts customers. They want to feel like time has not passed, that maybe the world has retained some of its former charm. It is an interesting visit and both the coffee and the cheesecake I had were good. It did feel like I was lost in time, but that the good old days were way back in the past.

I could not help but wonder (as Carrie Bradshaw would say), if back in the days the walls had pictures of the Shah instead of the Ayatollahs… The espresso machine under the zealous watch of the Ayatollahs. Tea, coffee and cheesecake at Naderi Café in Central Tehran 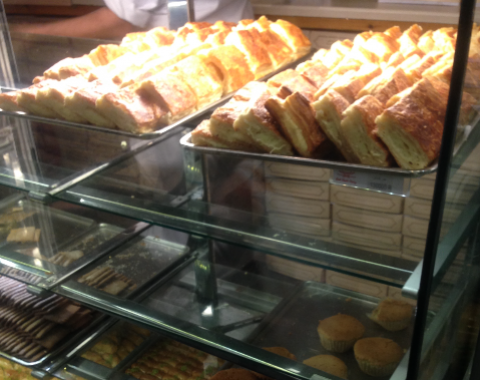 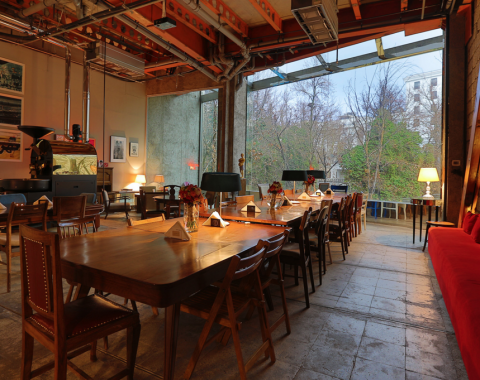 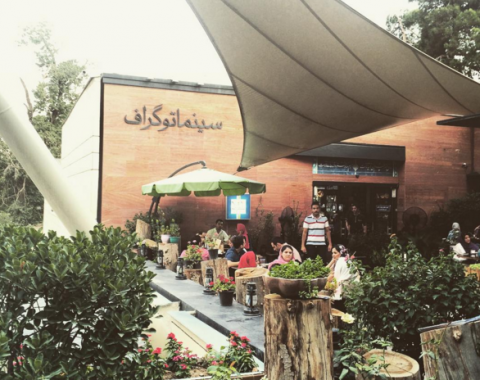